Question 2
​What is the most common toxicity associated with PD-1 inhibitors for the treatment of melanoma?

Question 3
What is the risk of methotrexate induced hepatic fibrosis?

Question 5
Which of the following medications do not have an active metabolite? 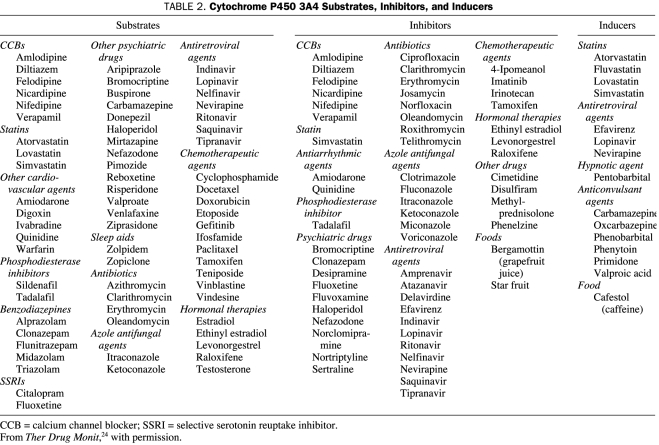 C: It is NAPQI rather than paracetamol itself that interferes with enzymes involved in the vitamin K cycle, which is where warfarin plays its trick. Thus, there is a real potential for an interaction between warfarin and paracetamol. INR elevation with co-incident transaminitis suggests hepatic dysfunction as the cause of the coagulopathy, rather than interference with the vitamin K cycle. Thromb Haemost. 2004 Oct;92(4):797-802.

Question 7
Which of the following benzodiazepines have the longest half life?

​Question 8
A 45 year old male with generalised epilepsy presents for review at the epilepsy clinic. He is adamant that he is compliant with phenytoin therapy and has attended all clinic appointments so far. He lives with a supportive family and his wife sets reminders every day for him to take his medications. He has recently been seizure free. A phenytoin level was taken and the level was 5 (normal range 10 - 20). He normally takes 100mg/day. What is the best approach to his management?

​Question 9
Which of the following CYP450 isozymes is involved in the phase 1 metabolism of warfarin?

Question 10
​What is FALSE about the use of dabigatran

(A) Of all the directly acting anti-coagulation agents, it is the MOST renally cleared
(B) Dabigatran exilate is the prodrug of dabigatran
(C) Dabigatran has been shown to reduce bleeding rates and stroke in patients with mechanical heart valves
(D) Dabigatran is a direct thrombin inhibitor
(E) If the thrombin time is within the normal value then it effectively rules out the presence of significant dabigatran effect

C: Dabigatran is the only studied DAA in patients with mechanical valves for stroke prophylaxis. The studies showed an increase in stroke rates and an increase in bleeding risk N Engl J Med2013;369:1206-14.

​Question 11
Which of the following drugs can be safely administered with dabigatran?

D: Ketoconazole and verapamil are competitive antagonists of p-glycoprotein efflux pump, as is dabigatran. Meloxicam has a long half life and increases bleeding risk. Rifampicin is a p-glycoprotein inducer and can decrease dabigatran levels. Clin Pharmacokinet. 2008;47(5):285-95.

Question 13 - 16
Select from the following options below, more than one option may be given.

Question 13
Drug X has been shown to have superior efficacy over Drug Y in the management of treatment resistant hypertension in 4 large RCTs. However post-market surveillance reports that Drug X has had increased rates of sarcomas. Consequently a black-box warning is issued for Drug X

Question 14
Animal trials have shown effiacy for Drug X in reducing neuronal death in animal models of dementia. Healthy volunteers are exposed to fraction doses and the doses escalated. These patients are monitored very carefuly to determine side-effects and safety profile.

Question 15
A large multicentre randomised control trial is underway in determining the efficacy of Drug X over placebo in the treatment of mesothelioma. 2000 patients are enrolled and are divided on a 1:1 randomised basis to drug X versus placebo. The results showed that Drug X significantly decreases progression free survival and overall survival with minimal side effects

Question 16
300 patients with hypertension are randomised to receive drug X or placebo.

B
Question 17
Warfarin shows considerable variability in pharmacokinetic response that may be explained by genetic differences. Which is the main genetic polymorphism that effects this variability?

A: VKORC1 polymoprhisms explain 30% of the dose variation between patients. CYP2C9 explains 10%
​